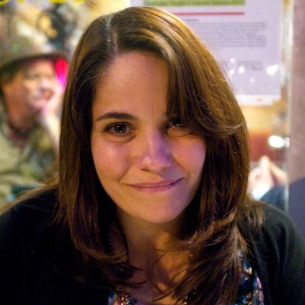 Jennifer Barone is an Italian-American poet and artist. She is the author of three books of poetry, her most recent: “Saporoso – Poems of Italian Food & Love.” She is known to collaborate with artists and musicians as founder and co-host of the WordParty Poetry & Jazz Series and as Creative Director for FeatherPress. She has been a featured poet at the SFJazz Poetry & Jazz Festival, The SF Public Library, The Red Poppy Art House, SF MoMa, DeYoung, and The Beat Museum. She was a winner of the 2007 and 2012 SF Public Library’s Poets Eleven contest for North Beach where she resides and has been published in literary journals such as The Haight Ashbury Literary Journal, and Quiet Lightning’s sPARKLE & bLINK. She is currently working on a new collection of poetry.

Jennifer has been published in: